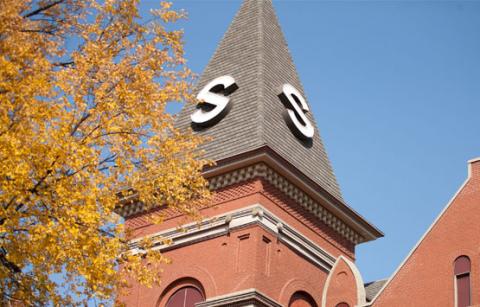 The North Dakota State College of Science Alumni/Foundation will recognize a group of distinguished alumni and friends on Friday, September 28, 2018 during the Alumni and Friends Awards Recognition at 7:00 p.m. in The Alley at the Hektner Student Center on the NDSCS campus in Wahpeton. The public is invited to attend the recognition ceremony to celebrate the honorees. Information and registration for the event, as well as additional information about the honorees, can be found online at ndscsalumni.com/homecoming.

This year’s Homecoming Honorees are:

Roger Worner, Alumnus of the Year, graduated from NDSCS in 1963 with an associate’s degree in Liberal Arts. While at NDSCS, he kept himself on assignment as a sportswriter for the College paper. His Wildcat athletics participation included boxing, track and field, and football. He has been inducted into the NDSCS Letterwinners Hall of Fame as a member of the 1962 football team. After graduating from NDSCS, Worner earned a bachelor’s degree and a master’s degree from North Dakota State University, and a Ph.D. from New York University. After completing his formal education, Worner worked in three primary areas: educational administration, consulting as an independent contractor and as a university professor. Worner is an Alumni Foundation 1903 Founder’s Club member, Catbacker Director’s Club member and NDSCS Performing Arts Benefactor Level member. He supports the DREAMS Auction and attends as many Otter Tail Lakes Area Reunions and NDSCS Homecoming events as his busy schedule permits. Worner resides in Cedar, Minn. with his wife, Kay.

The Delano and Myrna Lotzer Family has been selected to receive the 2018 Family Tradition Award. The Lotzer family has NDSCS graduates spanning four generations, beginning with Myrna Lotzer’s father, John Solhjem, a 1948 NDSCS graduate who studied Airplane Mechanics, Auto Body and Basic Machining. Delano and Myrna Lotzer are both graduates of NDSCS and reside in Wahpeton. Delano Lotzer received his Plumbing degree in 1960 and Myrna Lotzer is a 1973 Office Administration graduate. Their three children all continued the family tradition at NDSCS: Tana Lotzer (’87), studied Business Administration; Michael Lotzer (’96), studied Electrical Technology; and Raquel Lotzer Draovitch (’90), was a student in the Medical Administrative Assistant program and her husband, Andrew, is a 1994 Automotive Technology graduate. The tradition continues to the fourth generation as two of Myrna and Delano Lotzer’s grandchildren began their education at NDSCS: Cody, who received his associate’s degree studying Criminal Justice, and Ashlyn, who graduated from the Agriculture program with an emphasis in Animal Science.

Dean Twidwell, Wildcat of the Year, is the owner of the Wahpeton Deli Eatery and Wahpeton Video. He attended NDSCS and played football under coach John Richman in what was the College’s most successful season to date. During his time at NDSCS, Twidell met his wife, Missi, who was a student in the Occupational Therapy Assistant (OTA) program and a Lady Wildcat basketball player, and is now an Associate Professor in the NDSCS OTA program. Twidwell loves basketball, and he and his family attend most Wildcat men’s and women’s basketball games. He is a proud alumnus and supporter of Wildcat Athletics. Twidwell is a business athletic sponsor and donates generous packages for the Athletic Car Raffle and the Alumni Foundation DREAMS Auction.

Minn-Dak Farmers Cooperative has been selected for this year’s Friend of the College – Distinguished Award. Minn-Dak Farmers Cooperative (MDFC), founded in August 1972, is located in the heart of the Red River Valley. MDFC processes sugar beets at the cooperative’s plant in Wahpeton. MDFC is part of the domestic sweetener industry, which has a significant impact on the nation’s economy, creating close to 420,000 direct and indirect jobs in 42 states, and contributing $26.2 billion in positive economic activity each year. Currently, over 500 shareholders share ownership in MDFC. The shareholders/growers delivered 3,250,000 tons of beets in the fall of 2016. Minn-Dak sustains 304 year-round employees, 147 seasonal employees, 295 harvest workers. MDFC is a member/owner of two marketing cooperatives, United Sugars Corporation (USC) in Minneapolis and Midwest Agri-commodities (MAC) in San Francisco. The cooperative markets its sugar through USC and markets co-products, including beet molasses, beet pulp pellets, raffinate and betaine through MAC. Minn-Dak Farmers Cooperative has been an NDSCS Foundation sponsor since 1991. The Minn-Dak Farmers Cooperative Endowment provides student scholarships annually. MDFC has shown support to NDSCS through contributions to the Allied Health Fund and Centennial Capital Campaign drives. MDFC has also been a huge supporter of Wildcat athletics.

Barbara Bang will be the 2018 NDSCS Parade Grand Marshal. She has a 45-year relationship with NDSCS, first as a student and graduate of the Architectural Drafting and Estimating Technology program, then as an associate professor and department chair. Bang retired as the Dean of the NDSCS Technologies and Services Division in 2017. She worked very closely with business and industry to develop partnerships and strategies to help meet workforce needs in manufacturing, transportation, and construction. In 2017, Bang was honored as NDSCS Dean Emerita. She and her husband, John, reside in the Park Rapids, Minn., area.

Kerri Kava has been selected to receive this year’s Commitment to Excellence Award. She began her career at NDSCS as an Enrollment Specialist / Cooperative Education Coordinator. After five years of employment outside of NDSCS, she returned in 2013 and continues to serve as the Assistant Director for Student Life. In her current role, she has increased Student Life participation by 112% over the past five years. Kava has also been instrumental in the creation of student leadership opportunities. She advises the Media Squad, a group that produces multi-media promotions for campus and student events. Kava and her staff help the Alumni Foundation office produce videos for use at Meet-n-Greet events and for digital and social media networking. She is also an important team member in the planning and execution of the annual Homecoming activities on campus. Kava has been recognized for many achievements, including: NDSCS Steeple Award Team Member, 2007, 2013, 2014; NDSCS Life Award 2016; and NDSCS Excellence in Service Award 2016. Kava resides in Breckenridge, Minn., with her husband, Paul.