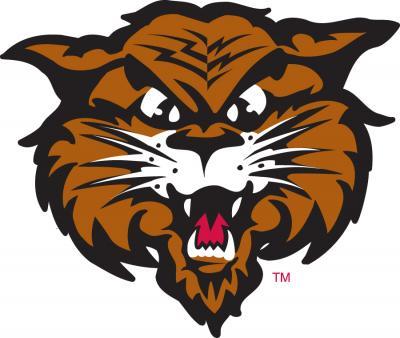 The North Dakota State College of Science (NDSCS) Athletic Department recognized the most recent Letterwinners Hall of Fame inductees as part of the College’s Homecoming celebration on Saturday, October 1.

David (A.J.) Jackson, a running back for the 1992 and 1993 Wildcats football teams, helped lead NDSCS to victory in the RC Cola Bowl in 1992. It was the College’s first-ever bowl appearance. During that 1992 season, Jackson was the Offensive MVP and an All-Region Honorable Mention for the 1992 season, and the 1992 football team has since been inducted into the NDSCS Hall of Fame. Jackson returned to NDSCS as a member of the coaching staff in 1994 and 2003. He currently lives in Batesville, Mississippi, where he works as a Production Control Technician III and runs his own business as a personal trainer for basketball players.

Gordon “Gordy” Morrison was a defensive lineman for the Wildcats in 1992 and 1993 and started every game during his tenure. He also was a 2nd team All-Conference selection in both his freshman and sophomore years. As a member of the 1992 Wildcats, he was one of the first NDSCS football players to start in a bowl game. The 1992 team won the RC Cola Bowl game and has since been inducted into the NDSCS Hall of Fame. Morrison earned his Associate degree in Business Management in 1993. He operated his own business for 10 years and now works in the State of Minnesota Department of Administration.

Scott Morrison played forward on the NDSCS men’s basketball team from 1988-90. His first year was the final year that NDSCS played in the four-year NDCAC Conference, where it finished with a 13-12 record. In 1989-90, Morrison was the captain of the team that won the Region 13 NJCAA Championship and hosted Western Nebraska in the first round of the NJCAA National Tournament. Despite Morrison’s 26-point effort, the Wildcats lost in overtime. The team was inducted into the NDSCS Hall of Fame in 2013. Morrison also was an All-Region 13 player and an NJCAA Academic All-American. He earned his Associate degree in Liberal Arts and has enjoyed a 25-year career in leveraged finance. He currently is a Managing Director and Portfolio Manager at Golub Capital.

Wildcat fans who have attended an NDSCS basketball game in the past 20 years has heard the voice of Curt Gollnick, who also was named the 2022 NDSCS Wildcat of the Year during Homecoming. Gollnick attended Brown Institute School of Broadcasting in 1971 and worked at KWAD in Wadena, Minnesota, before joining KBMW in Wahpeton as the afternoon host from 2-7 p.m. He had been there for several years before Don Engen and John Richman, who was head NDSCS Football Coach at the time, asked Gollnick to look at NDSCS’s new PA system. That led to a part-time engagement announcing Wildcat football games in the fall of 1996, and in 2004 he became the voice of Wildcats basketball, as well.

The 1999 NDSCS Football Team made history as the first and only team to have a 10-0 record in the College’s 90-year gridiron history, and it was capped with a 24-21 win in the Pepsi-Cola Bowl. The team won the Region XI Title and finished its season ranked among the Top 10 in the nation. In fact, the Wildcats were ranked nationally throughout the season and finished as the only undefeated NJCAA football team. The feat was especially impressive because the team had to win six of the 10 games on the road.

Mike Montgomery was the sports editor at the Daily News in Wahpeton in 1999. His articles contributed to this summary.