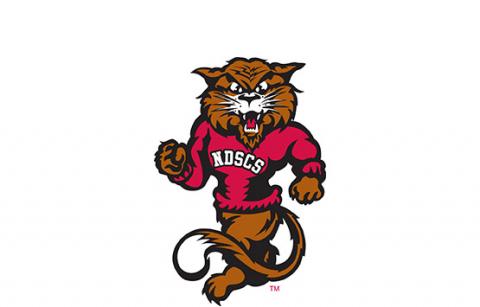 The NDSCS Athletic Department will recognize the most recent inductees into the Letterwinners Hall of Fame as part of the College’s Homecoming week. The inductees will be celebrated at 7 p.m. on Saturday, September 26 during a banquet in the Hektner Student Center on the NDSCS campus in Wahpeton. Information and registration for the event, along with additional information about the inductees, can be found online at ndscsalumni.com/homecoming. The number of attendees will be limited for the event to help reduce the spread of COVID-19.

The 2020 NDSCS Athletic Hall of Fame Inductee is:

Ervin Dye was originally recruited to NDSCS on a football scholarship, then found his true calling in the boxing ring. Dye was a two-time North Dakota Golden Glove Champion, first as a middle weight, then in the welterweight class. In the spring of 1964, he went to the Upper Midwest Golden Glove Regional Tournament, where he won his first match and lost his second in a closely contested bout. Dye is a 1964 NDSCS Diesel Mechanic graduate. Dye passed away in 2010. His son, Steve, will accept the recognition on his behalf.

Due to inclement weather during last year’s event, the 2019 Letterwinners Hall of Fame inductees will also be recognized during the 2020 banquet. The 2019 NDSCS Athletic Hall of Fame Inductees are:

Jennie Bucholz was a high jumper for the 1992 and 1993 Wildcat track and field teams. In 1992, she was the NJCAA outdoor national high jump champion. She placed second at the 1993 NJCAA Indoor Championships, and was the NJCAA outdoor national champion again that year. Bucholz graduated from NDSCS in 1993 with a Liberal Arts degree. She returned to NDSCS in 1996, enrolling in the Business Management program.

Shannon (Smith) Ziemer was a guard for the 1992-1994 Lady Wildcats basketball teams. She was named to the NDJC All-State Team and All-Region Team for the 1992-1993 season. She was also awarded team MVP, and recognized for having the most assists (157), most steals (107) and most points. During the 1993-94 season, she earned NJCAA All-America honorable mention and team MVP. Ziemer is a 1994 Liberal Arts graduate.

The 1994 Wildcat Football Team broke a number of records and was the RC Cola Bowl Champion. The team finished the regular season with an 8-1 record. It was the first time any NDSCS football team had more than seven wins during the regular season. The Wildcats boasted the top offense in the conference, and finished the season as the second ranked defense in the conference. The team defeated Rochester Community College to win the RC Cola Bowl and finished the season with a 9-1 record.